I watched as three teenage girls sat staring at an amazing piece of art at the DMA.  The artwork had little color and was full of words written in cursive.  They had no idea what was written on it.

We have a whole decade of children that were never taught to read or write in cursive but that’s about to change because the great state of Texas decided that our children will once again have cursive penmanship as part of their curriculum.

So I thought it might be fun to do a little history lesson about penmanship.

Where did penmanship begin?

The good ole Romans began writing in the fifth century A.D. They wrote only in lower case letters that connected like our current cursive.  But after the Roman Empire fell, only monks continued to write using this type of lettering to write down stories about Christ. 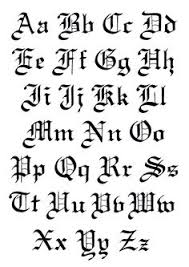 In the Middle Ages, Johannes Gutenberg used a Gothic approach for his printing press.  But many people believed his writing was sent from the devil himself so they worked to change handwriting into something more Angelic.  And didn’t require a whole bottle of ink to say hi. 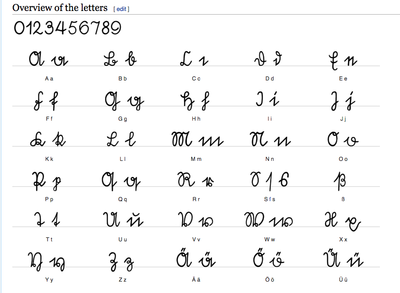 By the 1700s, penmanship was a status symbol that was saved for students that the headmasters considered to be”master scribes”. 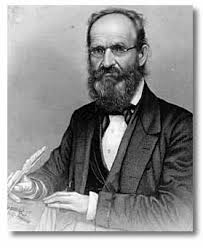 Then along came a man named Platt Rogers Spencer.  He created a formal cursive system that was used in a textbook and taught in schools and businesses.  (The Coca-cola logo is an example of his type of penmanship.)

In the 1940s, an author decided that the only way for children to really learn how to write using correct position, a new paper would have to be made. A paper with lines and dotted lines.  Big Chief Tablet was born.

All was right in the world, we were writing beautifully.

Top line, curve down, touch the line, back up to the top, trace down and kick.

Then the computer age came along and the need to type fast surpassed the need to write a note to your boyfriend.  Just like anything new, teachers had to find something to be thrown aside and handwriting was the loser.

But current brain research shows that writing in cursive engages both hemispheres of the brain.  This right-left brain synergy, when both sides of the brain are used at the same time, promotes improved language and memory functions. Even researchers studying  Einstein’s brain found that the right and left hemispheres of his brain were uniquely well connected. I’ll let you connect the dots on that one.

So.Do.Not.Panic. my friends.  Cursive is finding its way back into our essential skills. Sharpen those pencils, grab that clean-lined paper and start practising your skills. Penmanship pride is back!

Hi! I’m Allyson and I think we should be friends!

I’m a baseball loving, sweet tea drinking, Jesus praising,  kind of girl. I believe a great day is filled with laughter, a full house, dessert on the table and paint on my hands.  Let’s be amazing together!